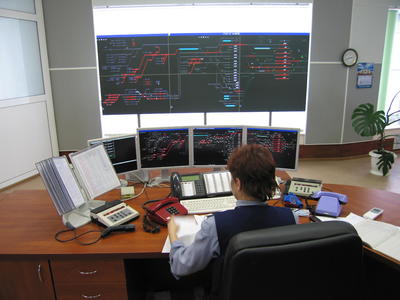 The Czech producer and supplier of control and signaling technologies AŽD Praha concluded another two major contracts with the Belarusian Railways. As part of the modernization of the railway line Zlobin - Kalinkovici - Slovecno it will provide in the initial stage the signaling equipment for CZK 20 million and for the Kalinkovici railway junction in amount of CZK 270 million.

The first contract includes the delivery of ABE-1-BC electronic automatic block system and AŽD Praha diagnostic system for the first stage of the project in the section Zlobin Podolskij - Mormal - Jascicy. At this order AŽD Praha cooperates with the local partner BETZ (Brest Electro-technic Plant) which contributes with about one half of the production to this contract. In addition, a total of 14 railway stations will be modernized on the entire 159 km track section, 5 of which will be equipped with AŽD Praha station interlocking equipment ESA 44-BC type and 9 will be equipped with Dnepr interlocking equipment from BETZ. The Belarusian Railways will gradually add individual facilities to the project depending on the progress of the project work. "It can be assumed that all supplies for the entire line section will be realized by gradual completion by the end of 2021,” says Zdenek Chrdle, CEO of AŽD Praha.

The scope of this unique project envisages securing a total of 188 switches. Which means that AŽD Praha will produce and deliver all the technologies on the "turnkey" basis" explains CEO Zdenek Chrdle.

The installation of the whole system, which should be completed in accordance with the contract by the middle of this year, will culminate with the visit of representatives of the Belarusian Railways, who will actively participate in the final testing of the equipment at AŽD Praha plants in Olomouc.

AŽD Praha has established a very good cooperation with Belarus, which is proved by the fact that after completion of both orders, the Czech company will already have the tenth significant supply of technologies in the given region.