Recently, two articles about the ETCS Braking curves possible improvements were published in SIGNAL+DRAHT (3/2020 and 6/2020). The latter has been allowed by the publisher (www.eurailpress.de/sd) to be put on the AŽD website.

Feel free to download it: Update on the proposal for improvements of the ETCS braking curves. 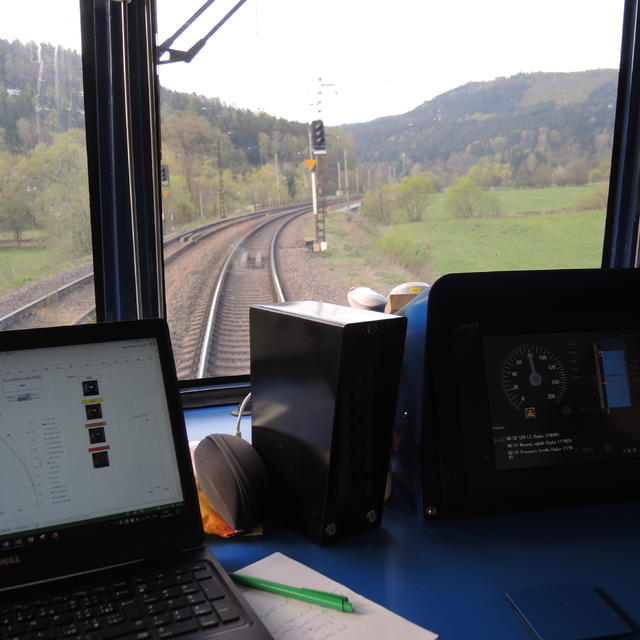 Harmonised braking curves were introduced to the ERTMS/ETCS Baseline 3 specifications. The two articles present the result of our experts’ research work, which has been performed also together with a colleague from the Czech Railway Research Institute (VUZ). Their aim is to initiate a discussion at EU level about a possible change of the ETCS generic functional behaviour. It is clear from the articles that the ETCS on-board [especially if it can conclude from the current train’s deceleration (Aest) that the train is able to reach a target speed before reaching the target location] could behave in a less constraining manner, in comparison to what is currently specified in the ETCS SUBSET-026 v3.6.0 (Baseline 3 Release 2). The difference can be seen for example in Table 1 of the above-referred article, which contains the comparison between the today’s ETCS approach and the newly proposed approach.

The proposed changes have the capability of improving railway operations, and thus also the capacity (by shifting all the ETCS supervision limits for already braking trains further ahead, closer to the target), and likely also the safety (by limiting the need for use of the Release speed).