Another contract for AŽD in Bosnia and Herzegovina 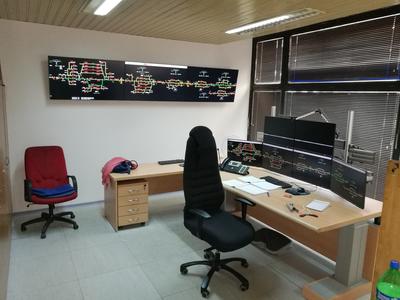 „AŽD will provide design, production, delivery, installation, testing and commissioning of the fully electronic station interlocking system ESA 44-BH with connection to the unified active control place already built by AŽD in Blažuj railway station. It also includes the supply and installation of outdoor elements such as LED signals, switch points machines and axle counters including related cabling,”says AŽD Foreign Marketing and Trade Director Petr Žatecký, adding that the whole project is financed from the national sources of Bosnia and Herzegovina.

AŽD was a major contractor (according to European FIDIC rules) for the implementation of the project of modernization of the signaling equipment of Sarajevo - Bradina and Doboj - Banja Luka railway lines. Miljacka railway station and Stup freight station are another successful project of this Czech company in Bosnia and Herzegovina.

AŽD prepares for other contracts that the Federation of Bosnia and Herzegovina Railways is planning to announce in the foreseeable future. We would like to utilize our experience in this region” concludes Petr Žatecký.