AŽD has won its fifth contract in Poland 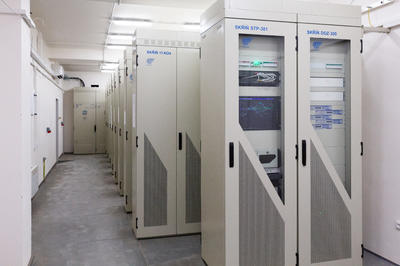 AŽD has concluded a contract for the supply of signalling and telecommunication systems on the Glincz - Kartuzy railway line in Poland with the construction company Pomorskie Przedsiębiorstwo Mechaniczno-Torowe sp. z o.o. (PPMT). The value of the contract is 46.5 million zł (approximately 256 million CZK).

This is already the fifth contract in Poland for the Czech company AŽD, this time in the role of a subcontractor of the construction company PPMT. The project is financed from the own resources of the PKP PLK infrastructure manager and is to be completed within 30 months of concluding the contract.

AŽD is a subcontractor of a computer based interlocking of the ESA 44 type for two railway stations, including the equipment of the centralised traffic control centre of the signalling equipment for a 10 km long track section. The line Glincz - Kartuzy will also be equipped with 26 electromotive point machines, 74 LED signals and 11 level crossing devices. Some deliveries, for example in the field of telecommunications, are provided by Polish partner companies.

"We face up every other order won in Poland with great humility and knowing that it will require considerable effort from our staff. Another significant contract concluded is an appreciation of AŽD's work to date in our northern neighbours, and we value this trust very much,” says Zdeněk Chrdle, CEO of AŽD.