AŽD Praha successfully completed the project in Bosnia and Herzegovina 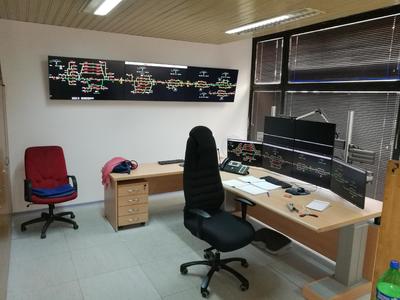 AŽD Praha company completed the modernization of the signaling and telecommunication equipment on the Banja Luka-Doboj line in Bosnia and Herzegovina on the given date. The € 19.12 million project was handed over to the customer, the Republika Srpska Railways, for trial operation.

On the implementation of the project according to the European rules FIDIC AŽD Praha featured as the main supplier of modern signaling technology, local subcontractors were providing certain sub-deliveries in the field of telecommunications, construction works and energy systems.

„AŽD Praha provided design, production, delivery, installation, testing and commissioning of the fully electronic ESA 44-BH station interlocking system at six railway stations and on the line of a total length of 90 km. The remote control system of the whole line DOZ-1 was also part of the delivery," says Petr Žatecký, Director of Foreign Marketing and Trade of AŽD Praha.

The project also included the installation of eleven level crossings, telecommunication devices including telephone exchanges and mobile GSM units, Wi-Fi at stations, etc. It is interesting that AŽD Praha had to completely develop a new version of the Unified Control Place based on customer requirements from which the whole line of Banja Luka – Doboj is controlled.

The project was launched in July 2015 and financed by the EBRD/EIB Banks Loan Project.

„Our company is currently completing another project in Bosnia and Herzegovina on the Sarajevo-Bradina line and we would like to take advantage of our experience and compete for further new orders in the region," adds Petr Žatecký.