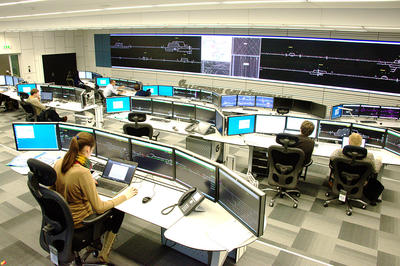 Following the success in the tender, a contract was signed between the Czech company AŽD and Lietuvos Geležinkeliai (Lithuanian Railways) to extend the technology and software of signaling equipment at the Kaunas station and on the Kaunas - Palemonas railway line.

The contract was signed with a total value of EUR 1 million and it is a follow-up to previous projects of expanding signaling equipment on the lines Kazlu Ruda - Mauručiai and Jiesia - Rokai. The mentioned projects are related to the construction of an European gauge infrastructure for connecting the Palemonas terminal to the European rail network under the Rail Baltica project. This infrastructure is being built along the line on which the signaling equipment produced by AŽD was previously installed within the Kaunas - Kybartai project.

Axle counter systems will be complemented within the project for securing the 1 520 mm track gauge in the crossing areas with the 1 435 mm European track gauge. Axle counters will also be completed in the section of the gauntled track (section of the railway or tramway track where there is a penetration of structure gauge of vehicles of two parallel tracks) and in the tunnel. It will also be necessary to change the hardware and software of ESA 11-LG station interlocking equipment and ABE-1-LG line signaling equipment

“Signing of this agreement confirmed the interest of the new management of Lithuanian Railways in further cooperation with our company which has a very good reputation in Lithuania,” says Zdeněk Chrdle, CEO of AŽD.