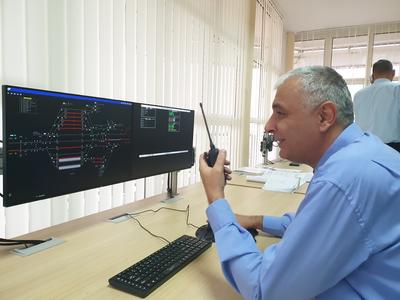 „With the successful realization of the project we have accomplished our success in Southeast Europe, where we have succeeded in obtaining several orders in three countries. This opens our way to new orders, such as in Montenegro. In the near future, Montenegro plans to revitalize other seven stations on the Bjelo Polje - Bar line, "said Zdeněk Chrdle, General Manager of AŽD Praha.

By fulfilling the deadline for the project completion, AŽD Praha consolidated its good position in Montenegro where the Podgorica-Nikšič railway line was completely secured by AŽD Praha with Czech technologies between 2004 and 2010.

In addition to securing the Podgorica railway station, AŽD Praha has successfully completed another project for the supply and installation of points heating systems to Ostrog and Nikšić stations. AŽD Praha daughter company Saobražajni Systems from Belgrade contributed significantly to this project implementation.