Basic block diagram of AZD solution for ATO over ETCS

One of the main motives for automation on the railway is reduce the load on drivers by routine activities. Operating with the fact that the human brain responds more quickly to unpredictable events if it is not burdened by normal operation, the philosophy of the system is based on the maximum effort of the driver to relieve these activities.

Safe operation of train is controlled by ATP – Automatic train protection system like ETCS. ATO is automation system control the railway vehicle and in ideal case without any intervention from ETCS. For more flexible planning of railway traffic and interoperability needs is developed ATO trackside system to provide the train actual real-time time table and route map.

ATO is supporting role complementary to ETCS and gives the train driver the opportunity to control the vehicle and leave the system "in reserve" in case of concentration on solving a non-standard situations.

1960’ Czechoslovak Railways initiated a research of the train driving automation. One of the final aims was saving of energy for traction, among other aims there were better utilization of track and of rolling stock parameters.

1970’ First Automatic Speed Control (ASC) Regulators, developed as basic elements of automation, were employed in regular operation (typical precision ±1 km/h). These regulators were capable to control a pneumatic train brake.
About 750 vehicles of all tractions (electric, diesel-electric, diesel-hydraulic) were equipped with ASC and most of them are still in regular operation. Also first successful tests of Energy Saving Device were carried out.

1980’ Mass implementation of Automatic Target Braking emerged in the Prague underground (Metro line C). On “great” railway, the pilot installations of Energy Saving Device (ESD) were under tests in commercial operation. But analog solution radically limited the further development.
The pilot installations on “great” railway with full (analogue) ATO were under tests in commercial operation when freight loco 242.256 (1985) was equipped by ATO. 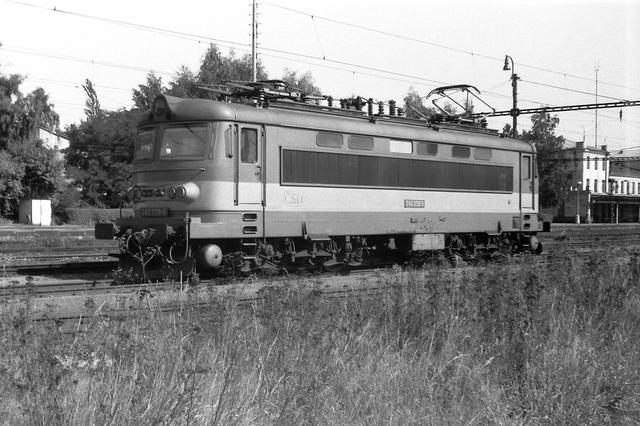 1991 The pilot installations of full (analogue) ATO were under tests in commercial operation.

1993 Digital solution with analogue interface to the vehicle tested in standard commercial operation, so ATO started its new life. 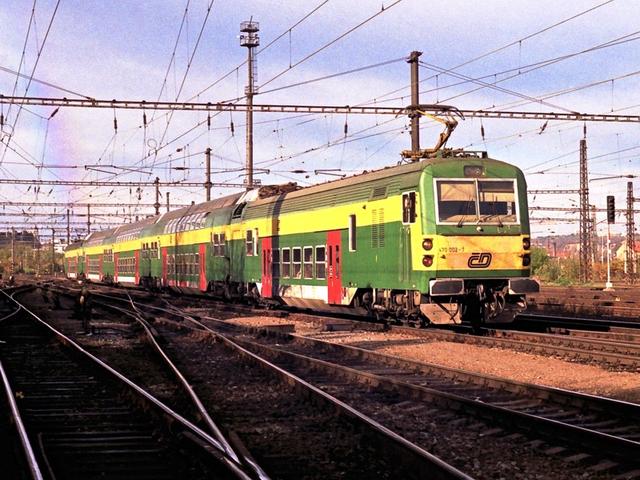 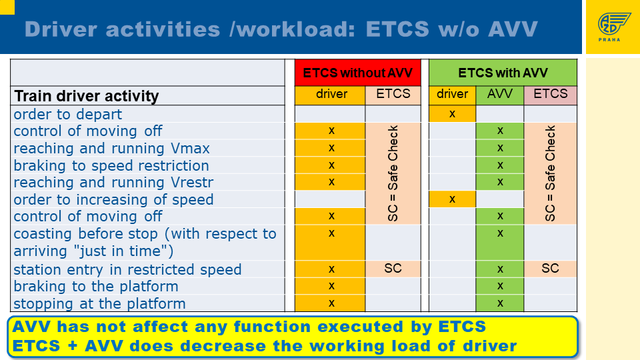 Figure: Driver activities /workload comparison for ETCS with and without ATO AVV

2014 AoE – ATO over ETCS standardisation works started. Results from pilot application in CZ were one of impotant imputs. 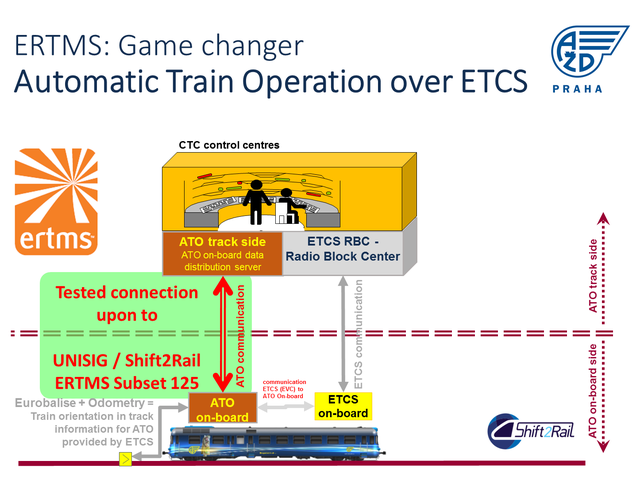